So, I know it’s been a couple of weeks since a last published a post! I’ve planned to post something every week, BUT sometimes projects don’t go as planned and that messes up the schedule a little bit. Also, we have this problem with getting really excited about one project and putting the others on hold. Hopefully we can get a grip on that soon 🙂

I thought I’d give an update on where we are and what you can expect to see, soon! Here’s what we have going on right now: 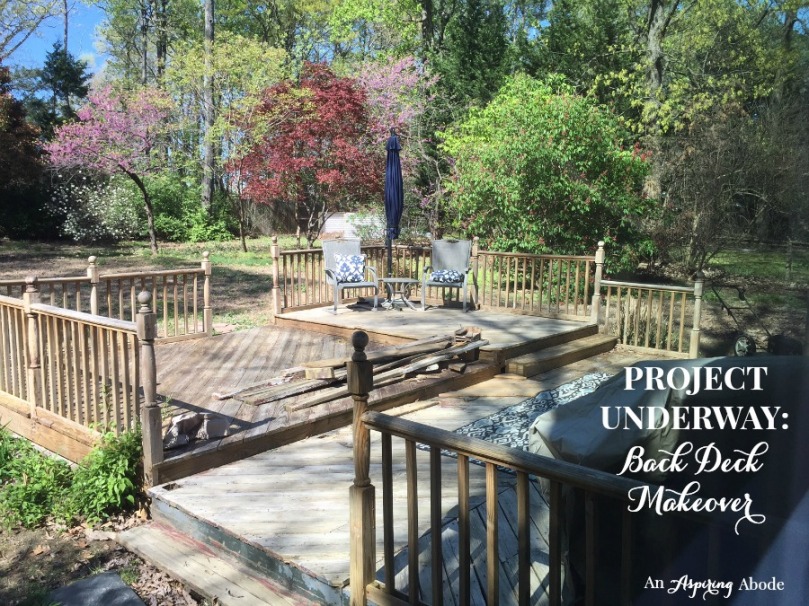 So, there’s quite a bit more to do out there than I originally expected, but like I said, I want this one done ASAP so I can soak up the sun with my pup.

Be sure to subscribe to the blog if you want to see the posts when they come out!