So, lets start from the beginning.

Working on the Quarters

When Goodman and I were engaged and looking for a wedding venue his parents agreed to let us have our wedding on their land, behind this cute little cottage. They call it The Guest Quarters – we always call it The Quarters for short. They had slowly been working on the cottage ever since I met them in 2011. The agreement was that we had to help them finish the cottage in order to use it for the wedding.

Over the 9 months that we were engaged, we spent a wholleeeee lot of weekends working on the house. Together with his parents, we did everything from building, staining, and painting the stairs to helping put the cabinets and appliances in the kitchen. [To clarify, all I was really ever given permission to do was paint – lots and lots (and lots) of painting. I don’t think they trusted me to do much else and I totally don’t blame them – Goodman was much better than I was. But, I like to think that I know a little bit more about what I’m doing with power tools now :)]

We started to love going to the house on Friday, working all weekend, and standing back to admire our work in the afternoon on Sunday before heading back to Richmond. Eventually, it was weird if we took a weekend off because the whole time we just felt like we were late to something or like there was something more useful we should be doing.

Then June 13th, 2015 came along and we had the best day ever. It was SO COOL to get ready in the house with all my bridesmaids, get married in the field behind the house, and then stay there the night of our wedding. It’s even more cool that we get to go back there and stay in our honeymoon suite all the time! And, even cooler than that, people come and stay there and enjoy time with their friends and family now as Butch, my father-in-law and Sharon my mother-in-law allow it to be rented on VRBO. People leave comments in this little notebook that they leave in the kitchen and  everyone who writes in it talks about how much love the feel in the house. It really warms my heart.

After the wedding it was great to have a nice long honeymoon and catch up on some much needed sleep. But, after a couple of lazy weekends, we were like…. “What do we do now?!” We had all of this energy and were so used to getting up at 7:30/8 in the morning on Saturday and Sunday. We spent the summer leisurely doing things we said we’d been wanting to do, and then one day while we were driving around we saw a sign for an open house. We decided to hop out and tour it, and talked to the realtor there who mentioned some different loan options for first-time homebuyers.

I eventually posted something on Facebook asking friends for helpful information on Richmond neighborhoods and about how we may be looking into starting our home search. A friend referred a loan officer who suggested we attend his first-time homebuyers seminar, so we went! Afterward, we set up a meeting to talk with him about what next steps in the home buying process might look like. We were purely doing this out of boredom, honestly, and didn’t really think we’d be ready to actually buy a house anytime soon.

Going into that meeting, we expected to be told that we were on track to be able to buy a house in the next couple of years. But, we left with an official letter that allowed us to make an offer on a house. We were really surprised and super excited!

Basically, we learned that if you make enough to comfortably pay rent in the city or fan of Richmond (or any city, really) then you are probably able to buy a house, too. As long as you look for houses that are in the range that will put you at about the same price as the rent you are paying (which is what we did) then you’ll likely be approved. Your loan officer will crunch the numbers for you to tell you exactly what that range is.

This is obviously also dependent on your credit, the stability of your job, etc. But it does not hurt to talk to a loan officer to get recommendations and information about your specific situation. (See the end of this post to get in touch with our L.O., Kenny)

Sharon is a realtor, so we asked her if she’d be our realtor and show us around some houses that we were interested in on Zillow. She agreed and came up to richmond a couple of Saturdays in a row to tour homes. A bunch of duds later ,we found one that we thought had potential. We made an offer, negotiated, and eventually our offer was accepted!

Then came the home inspection. Unfortunately, there are so many people out there who think they know what it means to flip a house. (I love you, but I blame you, HGTV.) This particular house was purchased by one of those people, and he hired a bunch of people to renovate the home who were likely unlicensed and definitely did not know what they were doing. The brand new roof was put on completely wrong! Wrong, as in, every single shingle (say that five times fast) was put on the roof incorrectly and you could tell that they weren’t even using the right tools for the job.

Side note: please please please if you ever have serious work that you need to get done on your house, or if there is a project that requires skills that you do not currently have, don’t try to learn it on youtube. You really should hire a professional contractor. They will get it done in much less time than it would take you, and it will be licensed, permitted, and done right the first time.

We were upset because we knew that we should let the home go – thanks to our realtor knowing her stuff, she was able to pretty easily get us out of the contract due to the poor inspection.

A couple of weeks later the exact same thing happened again. Much to our disappointment, a cape cod that we loved that had also been flipped had a basement wall that was practically about to cave-in but you would never have been able to tell by looking at it. We had to let that one go, too.

About a month later we set up a Saturday full of house tours with Sharon. At the end of the day we had to make a decision on whether or not to go to the last house on our list. It was a house that was listed for about $20,000 over what we wanted to spend and they didn’t provide any pictures on Zillow. I was going to say no, but Goodman said “Why not, let’s just go check it out.”

So we went, and I am so so happy that we did!  We absolutely fell in love. We had no idea anything close to our budget would get us this much space or this many bathrooms! The house was listed as 1578 square feet, but we could tell when we walked in that it was more than that. We later found out during the home inspection that the square footage was recorded closer to 1800sq.ft so we have no idea why they only listed it at the 1578. But, this may have deterred some potential buyers from the home before we found it, so we aren’t complaining!

The home was a foreclosure, and miraculously, we were able to work with the bank to get them down to our budget. On the day of negotiations after almost 8 months on the market, another person decided to make an offer as well (or so they said). But, because we came first and had a counter-offer in our hand from the bank, we had the ability to accept the bank’s offer and win the house.

When it was time for the home inspection we were super nervous given our previous experiences with the other two homes falling through at that stage. The H.I. said that we needed to replace the attic pull-down steps and a board in the deck……that was it. WE WERE SO HAPPY! Sharon was able to get the bank to fix those things AND get them to pay our closing costs – it was great.

I was able to find and screenshot some of the pictures that a realtor took on another website. They are a bit blurry, but you can see them below! 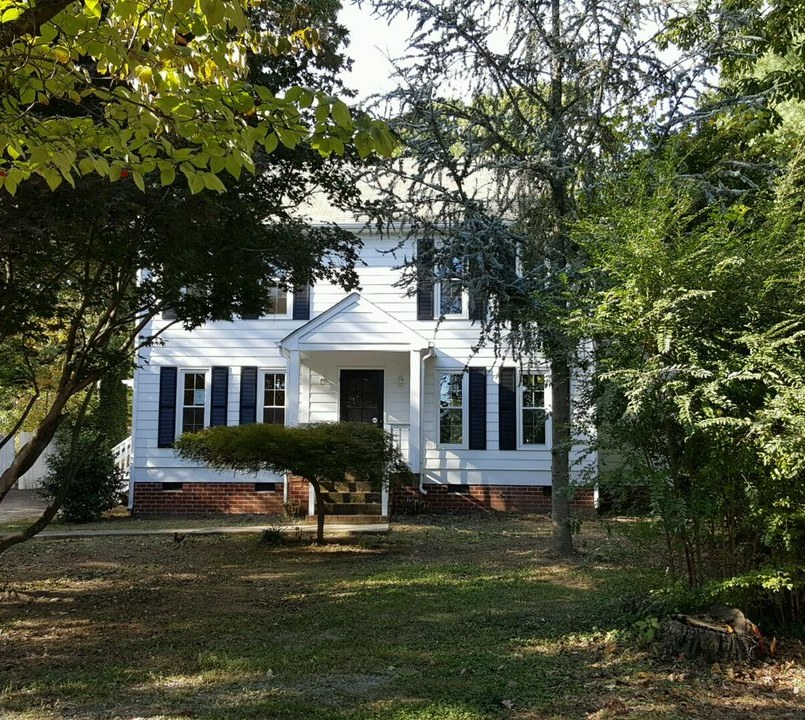 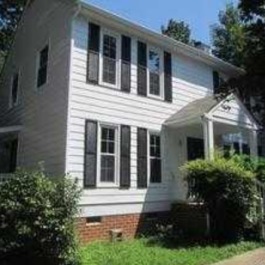 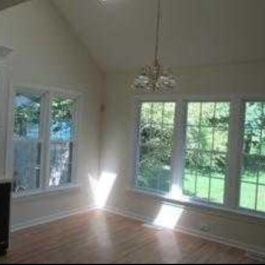 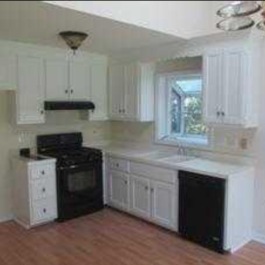 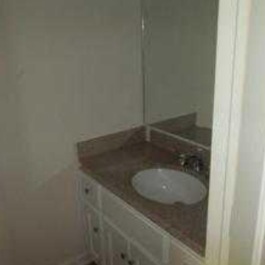 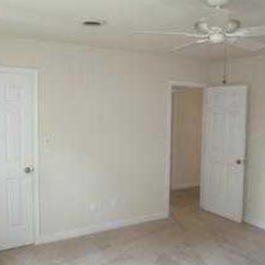 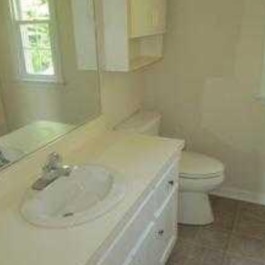